Your cart is empty.

QUIVER KILLER "…Is an extension of our recently released ShortRound model. With myself and so many people enjoying the ShortRound, it quickly became clear that the short, relatively flat, and stubby board was an easy answer for fast fun in smaller surf, but with some limitations. While spending time in Bali this summer I began doing some tweaking to the design. At this the point, it would be unfair to continue calling it by the same name. Beginning with the ShortRound, we added a couple inches of length, moderately added to the overall rocker, and pulled the nose outline in a bit. We then changed the tail to a forgiving, rounded “thumb" tail without narrowing it too much where the front fins are. The overall outline and rocker lines are a minimalistic and simplistic continuous curve. The surface area and volume are still generous enough to create speed and feel lively in anything but the smallest, or true “grovel” surf. The rounded tail, reduced nose area, and the added rocker, prevents too much rail being wetted at once in small surf, and allows control and ease of pocket and power surfing in proper waves. Free and easy in small-ish surf while still precise and forgiving in solid surf. Staying with the ammo theme, we swapped the stubby little speeding bullet for the new logo, an elongated, Spitzer influenced munition. The Quiver Killer... a shot straight through the heart." 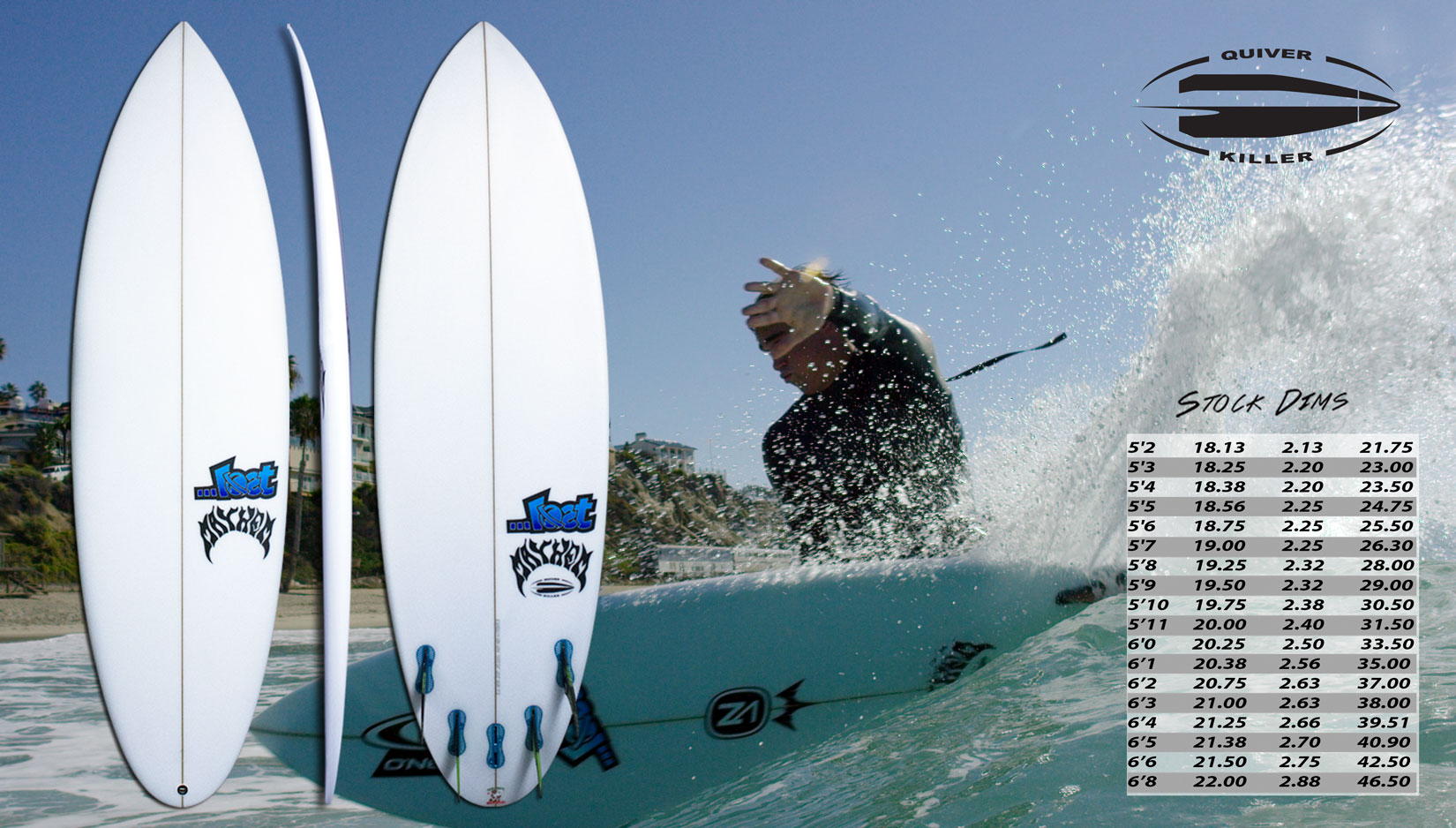